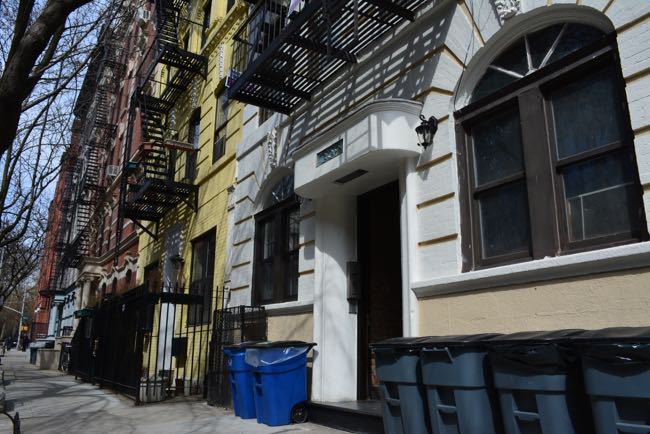 The following opinion piece was submitted by Robert Pinter, a longtime Lower East Side resident. During a lengthy battle with property owner Croman Real Estate, Pinter has been aided by the Cooper Square Committee and the Urban Justice Center. The non-profit organizations are among many groups gearing up for the looming fight in Albany over the renewal of New York City’s rent law. The Lo-Down welcomes unsolicited submissions ([email protected]). The opinions expressed here are solely those of the author.

From 2013 to 2015, there was ongoing gut renovation of ten units and the common space, causing a sustained period of unhealthy and dangerous conditions. We saw it all, from ceiling collapses, ongoing dust contamination, extreme noise and electricity failures, to shoddy repairs, improper notification of utility shut-offs, intercom failures, a broken front door, and boiler and electric cable explosions. It culminated with the basement collapse of a load-bearing wall and ensuing gas leaks, resulting in a month-long building-wide gas shut-off and a Department of Buildings vacate order issued for the basement.

In December 2013, unannounced jack hammering work began to remove the wall plaster of the apartment above mine, which led to the release of hazardous dust into my home. The dust was spread in massive clouds that engulfed my entire apartment as soon as the jack hammering started, forcing me out of my home because I could not breathe or see. Soon after, I was diagnosed with chronic bronchial asthma and am required to use a prescription asthma inhaler daily. On top of this, I still have not seen the promised compensation for the damage done to my possessions.

It became evident that construction work was being used as a harassment tactic to get tenants out. Last year, a tenant in my building was approached by a Croman property manager after her ceiling collapsed and a sewage backup had stained her kitchen counters with feces, who then inquired if the tenant would accept a buyout. Other tenants and their family members were also illegally visited by the landlord’s associates, whose verbal and physical intimidation contributed to them  moving out.

Unfortunately, the landlord’s displacement efforts were very successful. Tenants in ten of the seventeen rent-regulated apartments moved out and the apartments are now market-rate. This is happening to rent-regulated tenants in buildings across the city. With rents rising every year, we need strengthened protections to keep tenants secure in their homes.

The recently announced Tenant Harassment Task Force, championed by the Mayor, Attorney General and tenant organizers, is certainly needed to root out corruption and end the sluggish response to tenant complaints. We need to go further, including the repeal of vacancy decontrol in Albany and support of local efforts by the Stand for Tenant Safety coalition for a thorough reform of the Department of Buildings. Both would be welcome to combat the predatory practices that are forcing tenants out.

A tougher and more comprehensive approach to addressing construction as a harassment tactic is vital and will help ensure that the homes, health and safety of one million rent-regulated New York City residents will be secure for years to come.

Editor’s note: The Lo-Down contacted Croman Real Estate regarding this article but there has been no reply.